What's the best thing you can do to help your child with their loose tooth? Ideally, it's absolutely nothing. It's generally best to allow the tooth to come out by itself, without any intervention from you or your child. However, it can be very tempting for your child to move things along, perhaps by giving the tooth a forceful pull. A small amount of bleeding is to be expected when a baby tooth detaches, but if the tooth has been removed with force, this bleeding may become excessive. Below are steps that you can take to help stop the bleeding.

A home first aid kit should contain sterile gauze, which can be extremely useful in this situation. Using clean hands, fold a piece of gauze until it becomes a small pad (you can cut it if needed). Carefully position the gauze over the bleeding dental socket, and instruct your child to gently bite down to hold the gauze in place.

The bleeding won't immediately stop, but it should drastically subside within hours. Periodically check the gauze, changing it as needed. You're not necessarily looking for a total absence of blood, but for less blood each time, indicating that your child's bleeding is slowing. But what if this doesn't seem to be happening?

Pulling a tooth out at home poses a risk to your child's marginal gums. This is the section of the gums that form a type of collar with the tooth, creating the margin where the teeth meet the gums. Tissue damage to the gums can create excessive, even uncontrollable bleeding, which can explain the issue at hand. It's also likely to be a little painful. Your child may need assistance to control their bleeding.

When the problem occurs out of hours, or if your regular dentist is unavailable, emergency dental care becomes necessary. This isn't the type of problem that benefits from a wait-and-see approach and your child needs immediate assistance. Your child's bleeding must be controlled to allow the dental socket to form a clot. A dentist will irrigate the site to remove any debris, and will then take steps to manage the bleeding.

Depending on the severity of your child's bleeding, a dentist has several options. If the bleeding is constant, although not producing a considerable quantity of blood, a dentist may place a special collagen sponge over the site before applying gentle pressure. This then adheres to the neighboring teeth, soaking up blood before being dissolved in the coming days. Heavier bleeding may require medical gauze with hemostatic properties, meaning it's formulated to help control bleeding. This hemostatic gauze may need to be replaced a few times at home.

Uncontrollable bleeding after a baby tooth has been lost can potentially lead to a medical emergency. Instead of hoping that the bleeding subsides, it's important to view the situation as urgent, and for your child to be assessed by a dentist without delay.

For more information on emergency dental care, contact your dentist. 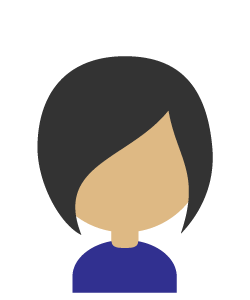 As the winter weather arrives, so do cold and flu …

Everyone dreams of having a beautiful set of pearl …

How To Choose The Ideal Family Dentist
29 August 2022